Can you hear the beep where you sleep? The location of your smoke alarms can impact the amount of time you have to get out of a house fire safely.

As part of Fire Prevention Week, Vaughan Fire and Rescue Service is urging residents to install smoke alarms in every bedroom. One-quarter of home fire deaths are caused by fires started in the bedroom, according to the National Fire Protection Association.

Fire spreads quickly and smoke alarms inside bedrooms can alert residents sooner. Half of home fire deaths are reported between 11 p.m. and 7 a.m. – when most people are asleep. The risk of dying in a reported house fire is reduced by half with working smoke alarms.

This public health and safety campaign commemorates the Great Chicago Fire that took place in 1871 on Oct. 8 and 9 and killed more than 250 people, leaving 100,000 homeless and destroying more than 17,000 structures. On the 40th anniversary of this tragedy in 1911, the first National Fire Prevention Day was observed to keep the public informed about the importance of fire prevention. This was later expanded to Fire Prevention Week and has been marked in Canada since it was proclaimed by the Governor General in 1923.

Here are some safety tips to prevent household fires: 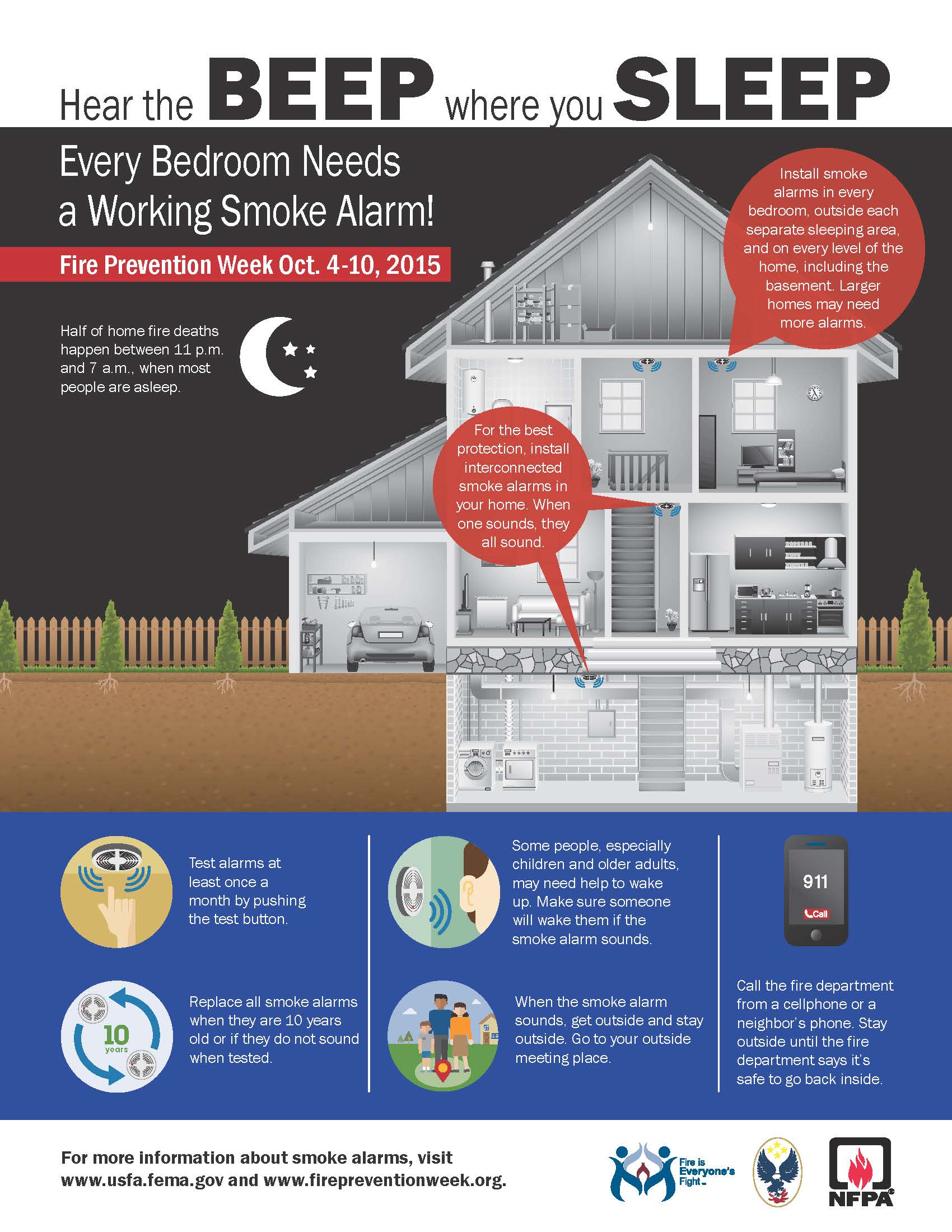